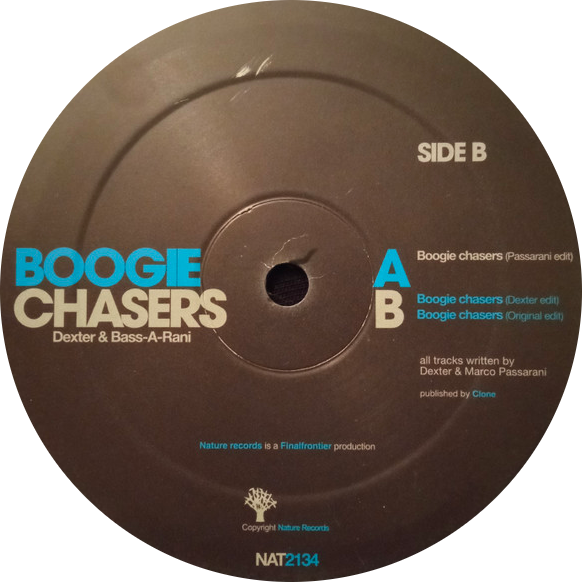 Dexter and Marco Passarani team up for one of the hottest releases on Nature. Kind of Dexter meets Passarani, actually. Chicago and Detroit influenced trademark tracks of Passarani mixed with the razor sharp beats and phat basslines of Dexter. The original version is probably the most advanced mix with its sharp beats and funky bass lines. The Dexter mix is kind of minimal techno-ish funk or something, and the Passarani mix is an excellent rocking Chicago-influenced house/techno track. Very strong cuts which are already rocking the dancefloors!